Why Now Might be the Best Time to Sell Your Home 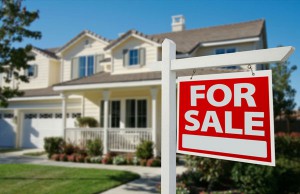 Trying to decide when is the best time to sell your home can be tricky, but also is determining the final profit on your home.

Here is some information to help you make that decision.

So, are you still trying to decide when is the best time to sell?  Still wondering what your final profit might be? We can help with that. We are now iRep certified.  What does that mean? We can test the market for you without doing a formal traditional listing. We can help you receive cash offers on your home and a retail market valuation in 48 hours. Then you can decide whether or not to accept the offers or go the traditional route of selling your home.

The time is right. All the pieces are falling into place. With increased housing costs, lower inventory, and fewer days on the market, now is the best time to sell a home.  Let the Dinsmore Team help you through the process.

Home Sales for the Past Year

Happy New Year!  It’s still January so I can still say that. 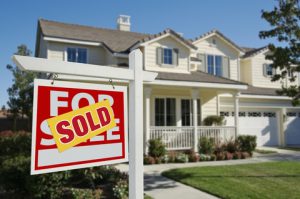 e market continues to be great!

Housing Indicators are in for 2019, and it was another great year for Georgia’s housing market! With a strong economy and low mortgage rates, buyer activity has been strong. However, inventory levels are still below historical norms, and prices continue to rise.

A few quick facts are listed below – all indicators are year over year for existing single-family homes.

If you are thinking about buying or selling, now is a good time.  Mortgage rates are still low and prices will continue to go up. Give us a call, we are here to help.

There was a great article in the Washington Business Journal on the 2014 Housing Market that I thought I would share, quoting two notable Economists.

According to Lawrence Yun, Chief Economist for the National Association of Realtors, good things will continue to happen in the housing market in 2014.   Due to suppressed activity during the past four years, rising demand, and a steady decline in inventory, Mr. Yun expects home prices to increase in 2014 as well as 2015, nationally.   He predicts that the nation median existing home prices should increase by 6% in 2014.

“Real estate will be a hedge against inflation, with values rising 15 percent cumulatively over the next three years, also meaning there will be fewer upside-down home owners,” Yun said. “Today is a perfect opportunity for moderate-income renters to become successful home owners, but stringent mortgage credit conditions are holding them back.”

Mark Vitner, Managing Director and Senior Economist at Wells Fargo, predicts that distressed homes (short-sales and foreclosures) will still be around, but will be declining.  “Distressed homes right now are like an after-Christmas sale – most of the best stuff has been picked over, but make no mistake they’ll be with us for a while.”